Curvature is a measure of how tightly a curve bends. A circle of radius r has curvature 1/r. So a small circle has high curvature and a big circle has small curvature.

osculate (v.) “to kiss (one another),” 1650s, from Latin osculatus, past participle of osculari “to kiss,” from osculum “a kiss; pretty mouth, sweet mouth,” literally “little mouth,” diminutive of os “mouth”

I’ll give two examples. The first is a set of ellipses that all have the unit circle as their osculating circle on the left end. So they all have curvature 1. 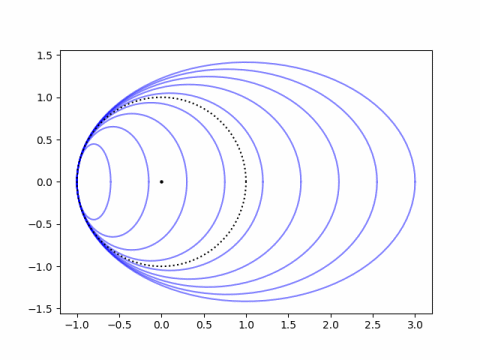 An ellipse with equation

has varying curvature at each point. At x = –a the curvature simplifies to a/b². So to make the graph above, I used a range of values for a and set each corresponding value of b to √a. 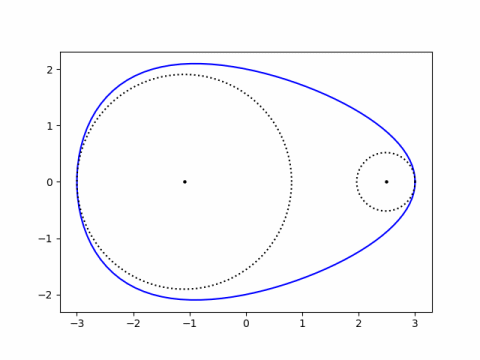 Setting k = 0 gives the curvature of an ellipse at each end used above.

One thought on “Kissing circle”