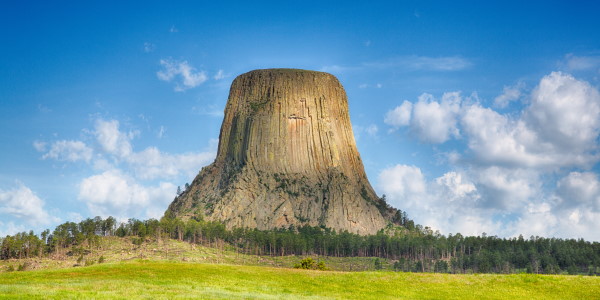 Very often what cannot be done exactly can be done approximately. For example, most integrals cannot be computed in closed form, but they can be calculated numerically as closely as you’d like. But sometimes things are impossible, and you can’t even come close.

When I was in college, I had a friend who had a job in an engineering lab. The director of his lab had asked him to find an analytic analog to a smoothed indicator function. (I’ll say in more detail what that means shortly.) He mentioned the problem to me, and I told him there’s a theorem that says his assignment is impossible [1].

My friend was not deterred by my answer, confident that as an engineer he could find a practical way to do what mathematicians say can’t be done. That’s often a useful attitude, though not in this instance. Looking back, I can see how I could have given him a more useful reply than simply saying his task couldn’t be done; I could have explained why it cannot even be done approximately.

The indicator function of an interval is a function that takes on the value 1 on the interval and 0 everywhere else. This is a discontinuous function, but it can be approximated by a smooth function. Given a little transition zone on either end, you can have the function be zero on one side, one on the other, and ramp up smoothly in between. You can do this with infinitely differentiable functions, so why can’t you do something similar with analytic functions?

The barrier to creating something like Devil’s Tower is the maximum modulus principle. It says that the absolute value of an analytic function cannot have an interior maximum; the maximum always occurs on the boundary.

Suppose you’re trying to construct a function f(z) such that |f(z)| is a approximately zero within a radius 1 of the origin and approximately 0 outside a disk of radius 2. The first part is possible but the second part is not. The function f(z) cannot be perfectly flat on top without being constant everywhere (Liouville’s theorem) and the maximum of |f(z)| over the unit disk must occur somewhere on the rim of the disk (maximum modulus principle). However, it could be that f doesn’t vary much on the disk, and so there’s not much difference between its maximum and minimum over the disk.

Sometimes you will see plots of analytic functions that do look flat on top, but that’s because singularities have been chopped off. Here’s such a plot from a blog post in a while back, a plot of Weierstrass’ elliptic function. The white plateaus are artifacts of cutting infinite values to fit in a finite box. 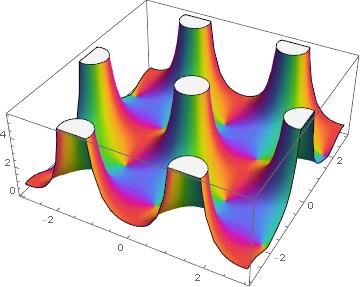 [1] I wondered for a second how my friend’s supervisor couldn’t know this, then I realized it was probably a setup. His supervisor had given him an impossible task so that he’d struggle with it and learn why it was impossible.

[2] You could construct an analytic function that approximates a plateau along a one-dimensional slice, say along the real axis, but that approximation cannot be good in all directions.

2 thoughts on “Not even close”