A theorem by Paley and Wiener says that a Fourier series with random coefficients produces Brownian motion on [0, 2π]. Specifically,

Here is a plot of 10 instances of this process. 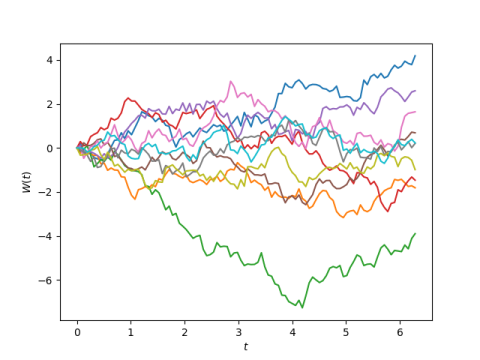 Here’s the Python code that produced the plots.

Note that you must call the function W(t, N) with a vector t of all the time points you want to see. Each call creates a random Fourier series and samples it at the points given in t. If you were to call W with one time point in each call, each call would be sampling a different Fourier series.

The first axiom is obviously satisfied.

To demonstrate the second axiom, let t = 0.3 and s = 0.5, just to pick two arbitrary points. We expect that if we sample W(s) – W(t) a large number of times, the mean of the samples will be near 0 and the sample variance will be around 0.2. Also, we expect the samples should have a normal distribution, and so a quantile-quantile plot would be nearly a straight 45° line.

First we generate our samples. 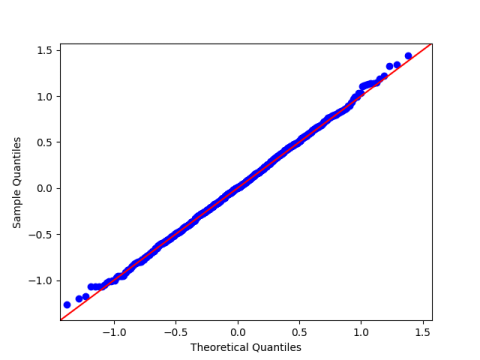 And we finish by calculating the correlation between diff1 and diff2. This was 0.0226.

One thought on “Random Fourier series”