I had a recent discussion with someone concerning a 50 sigma event, and that conversation prompted this post.

When people count “sigmas” they usually have normal distributions in mind. And six-sigma events so rare for normal random variables that it’s more likely the phenomena under consideration doesn’t have a normal distribution. As I explain here,

Chebyshev’s inequality says that if a random variable X has mean μ and variance σ², then

Here’s a plot of the probability of 50-sigma events for a t distribution with ν degrees of freedom. 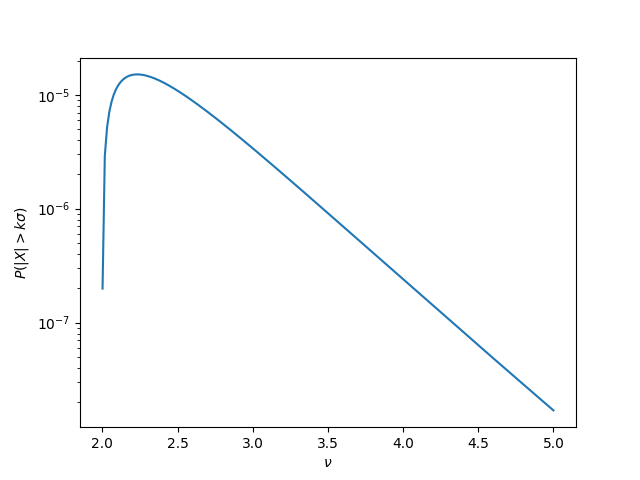 Apparently the probability peaks somewhere around ν = 2.25 then decreases exponentially as ν increases.

This isn’t what I expected, but it makes sense after the fact. As ν increases, the tails get thinner, but σ also gets smaller. We have two competing effects. For ν less than 2.25 the size of σ matters more. For larger values of ν, the thinness of tails matters more.