I was puzzled the first time I saw bilinear transformations, also known as Möbius transformations. I was in a class where everything had been abstract and general, and suddenly thing got very concrete and specific. I wondered why we had changed gears, and I wondered how there could be much to say about something so simple.

A bilinear transformation f has the form

For this post I want to look at fixed points of bilinear transformations, solutions to f(x) = x where f is as above. This amounts to solving a quadratic equation.

The locations of the fixed points are

In the loxodromic case there are two distinct fixed points: one attractive and one repulsive.

I chose 200 starting points at random in the unit square and iterated the binlinear function. This produced the following graph. 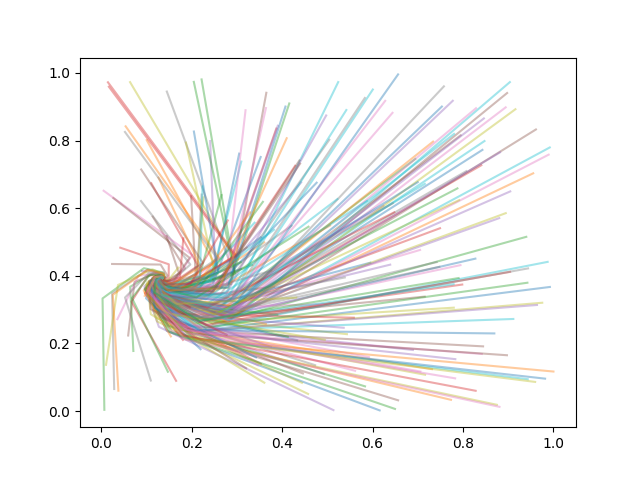 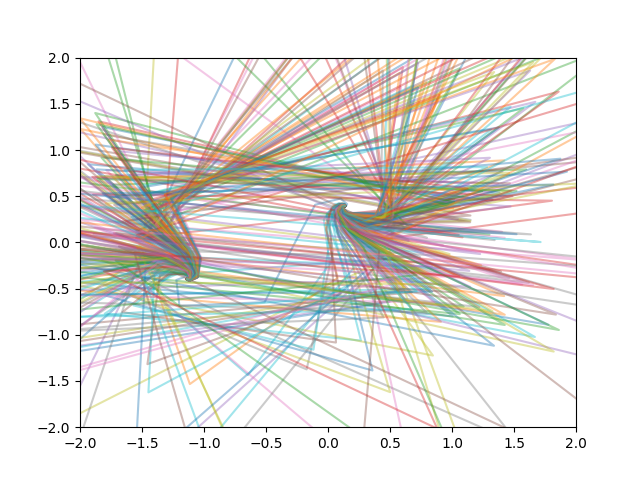