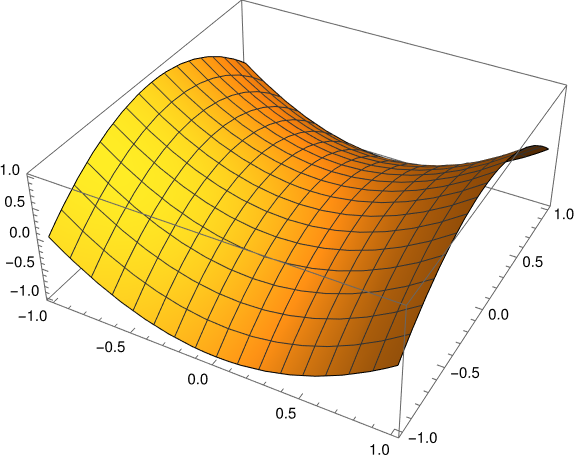 The theorem above can be split into two theorems and generalized:

Indeed they are, but you have to look f and not Δf. That’s the key.

If a function f is subharmonic on Ω, then f is below the harmonic function interpolating f from ∂Ω into the interior of Ω. That is, if g satisfies Laplace’s equation

For example, let f(x) = ||x|| and let Ω be the unit ball in ℝn. Then Δ f ≥ 0 and so f is subharmonic. (The norm function f has a singularity at the origin, but this example can be made rigorous.) Now f is constantly 1 on the boundary of the ball, and the constant function 1 is the unique solution of Laplace’s equation on the unit ball with such boundary condition, and clearly f is less than 1 on the interior of the ball.