You can define a conic section as the set of points whose distance to a focus equals a constant multiple of the distance to a line called the directrix. This multiple is denoted e for eccentricity. If 0 < e < 1 you get an ellipse. If e = 1 you get a parabola, and if e > 1 you get a hyperbola [1].

And with this definition, you can define the latus rectum for each of the conic sections.

Given an ellipse with equation 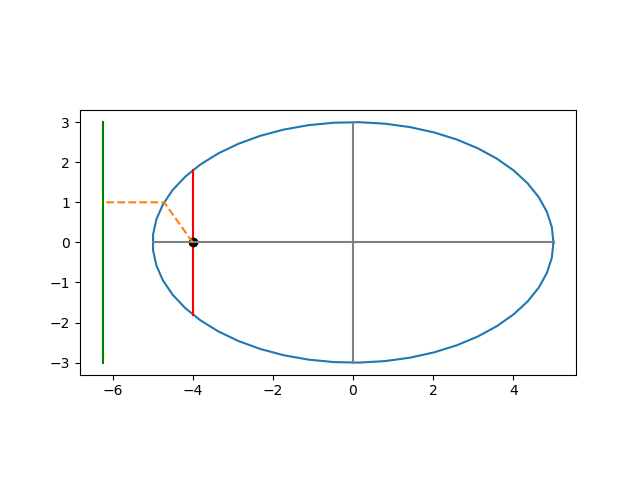 For a parabola with equation

Here again the green vertical line to the left of the parabola is the directrix and the red vertical line through the focus is the latus rectum. The two dashed orange lines have the same length. 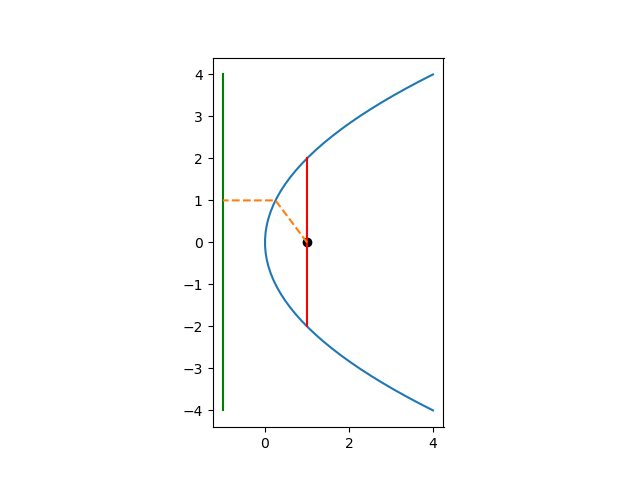 Given a hyperbola with equation 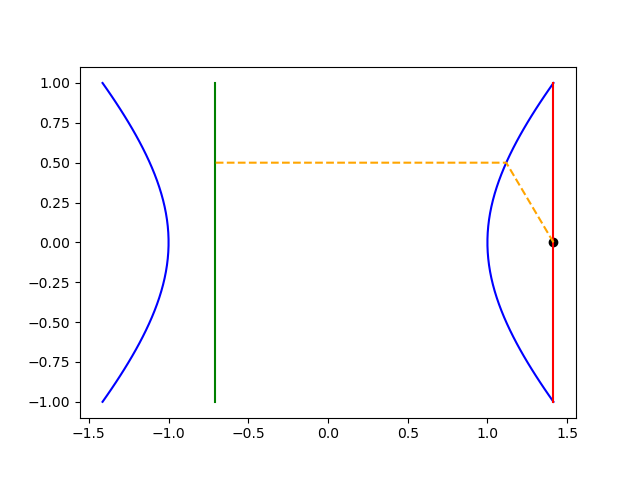 As before the green vertical line is the directrix and the red vertical line through the focus is the latus rectum. The lengths of the two dashed orange lines are proportional, and the proportionality constant is the eccentricity e.

[1] The case e = 0 gives a circle, but now the definition doesn’t apply directly. The circle is the limit as e goes to 0 and the directrix moves further and further away. Projective geometry gives a way to rigorously say the directrix is a line at infinity without taking limits.