I recently ran into the following comic strip online: 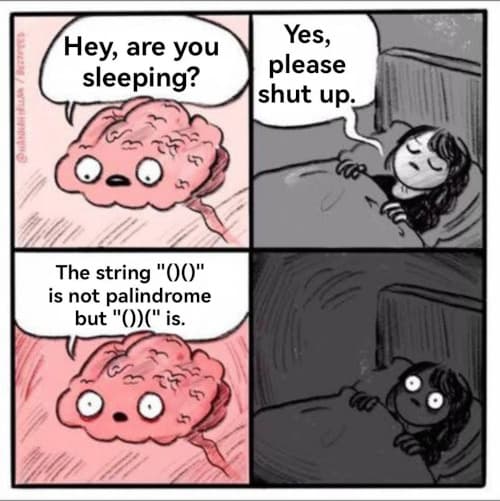 [Update: Thanks to Bryan Cantanzaro for letting me know via the comments that the image above was created by Hannah Hillam. The version I found had had her copyright information edited out. I will replace the image above with a legitimate version shortly.]

[Update 2: I’m not sure this is a Hannah Hillam cartoon per se; I haven’t found the exact source. Hannah Hillam makes a template available to let people put their own words in the format above, and the template does not contain a copyright notice. Maybe someone besides her make the cartoon above. The fact that the words are not hand drawn suggests this is the case. If you know who created the image please let me know and I will gladly credit them. ]

What words are symmetric in the sense that “()()” is symmetric, i.e. visually symmetric rather than a symmetric sequence of characters?

The question isn’t well defined without some assumptions. Visual symmetry depends on whether characters are written in lower case or upper case, and it depends on the choice of font.

An ulu, according to dictionary.com, is “a knife with a broad, nearly semicircular blade joined to a short haft at a right angle to the unsharpened side: a traditional tool of Inuit or Yupik women.”