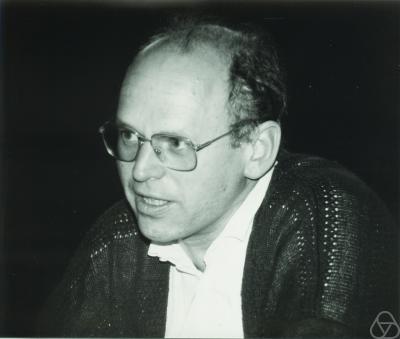 Schnorr groups, named after Claus Schnorr, are multiplicative subgroups of a finite field. They are designed for cryptographic application, namely as a setting for hard discrete logarithm problems.

The application of Schnorr groups to Schnorr signatures was patented, but the patent ran out in 2008.

Pick a large prime p. Then the integers mod p form a finite field. The non-zero elements form an Abelian group of order p-1 under multiplication. Then p – 1 is composite, and so it can be factored into qr where q is prime. We want q to be large as well because it will be the order of our Schnorr group.

Pick any h such that hr is not congruent to 1 mod p. Then g = hr is the generator of our Schnorr group. Why does g have order q? A simple calculation shows

where the last step follows from Fermat’s little theorem. This shows that the order of g is either q or a divisor of q, but by construction g is not congruent to 1 (mod p), and q has no other factors since it is prime.

Here’s a Python script to verify our claims and print out the elements of our Schnorr group.

In theory we could use the same script with much larger numbers, but in that case we wouldn’t want to print out the elements. Also, the code would take forever. We naively computed ab (mod m) by computing ab first, then taking the remainder modulo m. It is far more efficient to reduce modulo m along the way. That’s what Python’s three-argument pow function does.

Here’s a revised version that runs quickly with large numbers.

One thought on “Schnorr groups”