Having watched a few episodes of Phineas and Ferb, when I see “Brusselator” I imagine Dr. Doofenschmertz saying “Behold! The Brusselator!”

But the Brusselator is considerably older than Phineas and Ferb. It goes back to Belgian scientists René Lefever and Grégoire Nicolis in 1971 [1] who combined “Brussels” and “oscillator” to name the system after their institution, Université Libre de Bruxelles. It’s a dynamical system that has its origins in modeling chemical reactions.

The phase plot below shows that as you start from multiple initial conditions, you always end up on the same limit cycle. 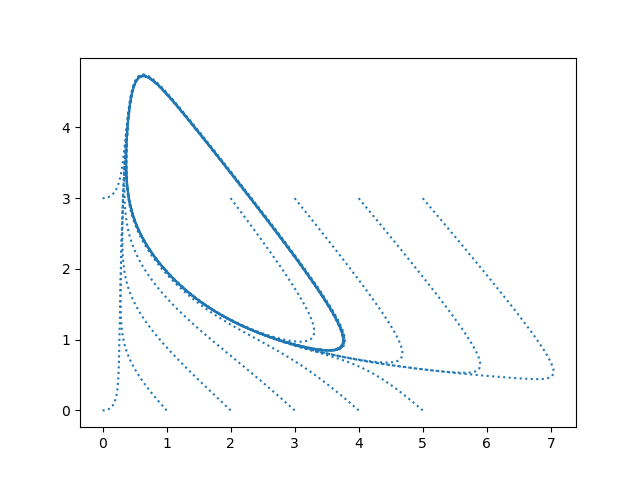 Here’s the Python code that produced the plot.