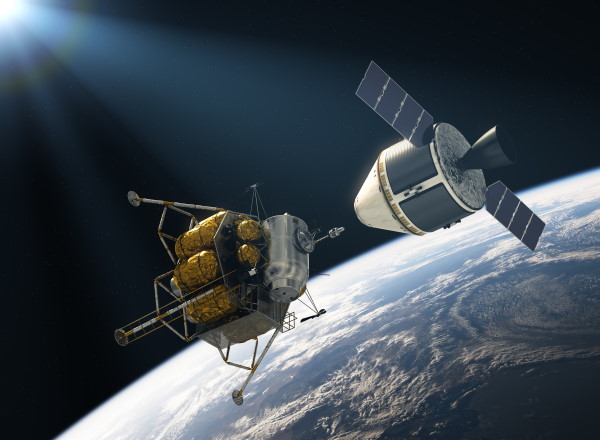 Before I went to college, I’d heard that it took new math and science for Apollo to get to the moon. Then in college I picked up the idea that Apollo required a lot of engineering, but not really any new math or science. Now I’ve come full circle and have some appreciation for the math research that was required for the Apollo landings.

Celestial mechanics had been studied long before the Space Age, but that doesn’t mean the subject was complete. According to One Giant Leap,

In the weeks after Sputnik, one Langley [Research Center] scientist went looking for books on orbital mechanics—how to fly in space—and in the Langley technical library he found exactly one: Forest R. Moulton’s [1] An Introduction to Celestial Mechanics. In 1958 Langley was in possession of one of the most recent editions of Moulton: the 1914 update of the 1902 edition.

NASA needed active orbital mechanics. It had to do more than simply describe existing orbits; it had to design orbits. And it had to control orbits. None of the terms in your equations are known to infinite precision, so it is not enough to understand the exact equations under ideal circumstances. You have to understand how uncertainties in the parts impact the whole, and how to adjust for them.

And all this has to be done in a computer with about 500 kilobits of ROM [2]. Because the computer memory was limited, NASA had to know which terms in the equations could be dropped, what approximations could be made, etc. Understanding how to approximate a system well with limited resources is much harder than working with exact equations [3].

Nobody at NASA would have said “We’ve got the math in the bag. Now we just need the engineers to get busy.”

[3] Not that the “exact” equations are actually exact. When you write down the equations of motion for three point masses, for example, you’ve already done a great deal of simplification.

One thought on “New math for going to the moon”