I needed to know the frequencies of letters at the beginning of words for a project. The overall frequency of letters, wherever they appear in a word, is well known. Initial frequencies are not so common, so I did a little experiment.

I downloaded the Canterbury Corpus and looked at the frequency of initial letters in a couple of the files in the corpus. I first tried a different approach, then realized a shell one-liner [1] would be simpler and less-error prone.

This shows that the letters in descending order of frequency at the beginning of a word are t, a, s, …, j, x, z.

The file alice29.txt is the text of Alice’s Adventures in Wonderland. Then for comparison I ran the same script on another file, lcet10.txt. a lengthy report from a workshop on electronic texts.

I made the following plot to visualize how the frequencies differ. The horizontal axis is sorted by overall letter frequency (based on the Google corpus summarized here). 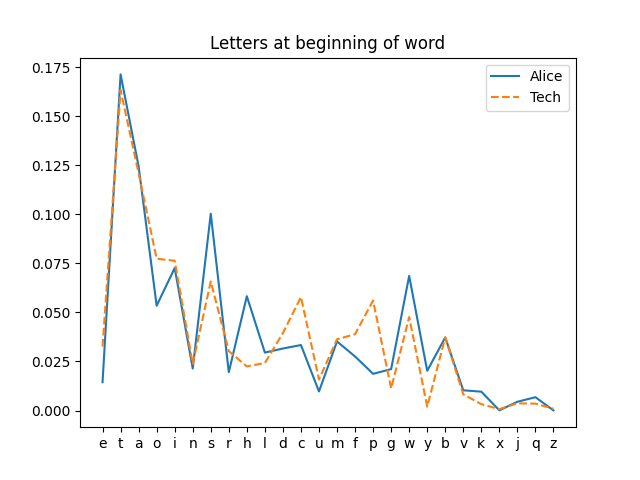 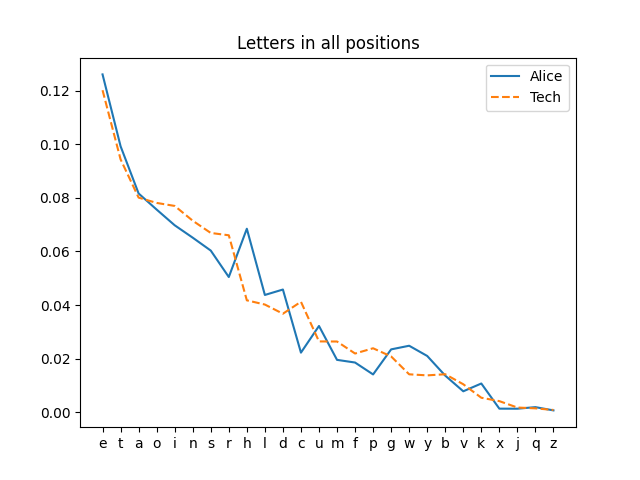 [1] The lc function converts its input to lower case. See this post for how to install and use the function.