The eight queens problem is to place eight queens on a chessboard so that no queen attacks another. Because queens are allowed to move any number of spaces horizontally, vertically, or diagonally, this means no queen can be on the same row, column, or diagonal as any other queen.

For example, the following image gives one solution to the eight queens problem. (See the previous post for how I made the chessboard images in this post.) 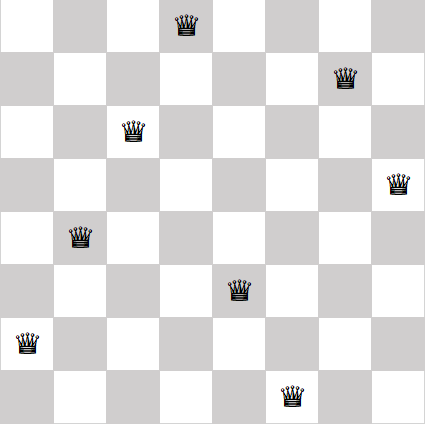 The problem I want to consider here is the toroidal n queens problem. We first curl up our chessboard into a cylinder, then curl join the ends of the cylinder together to make a torus (donut). 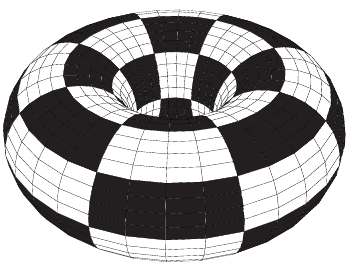 (I found the image above on TeX StackExchange.)

But the diagonals do change, as the following image illustrates. 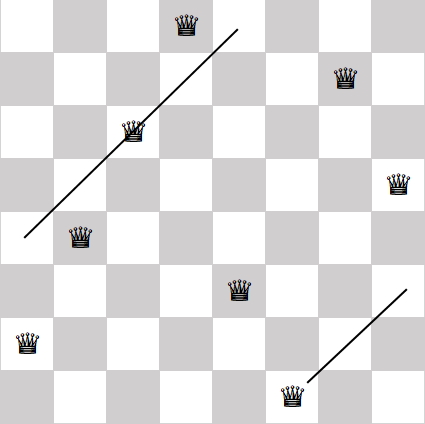 If we curl our chessboard vertically by joining the left and right edges—no need to imagine the torus for this example, a cylinder will do—then some of the diagonals merge. The queen on the bottom row would be on the same diagonal as the queen in the third row from the top.

The smallest non-trivial chessboard of size n with n not divisible by 2 or 3 is n = 5. The following solution to the five queens problem remains a solution if you identify the edges, making the board into a torus. 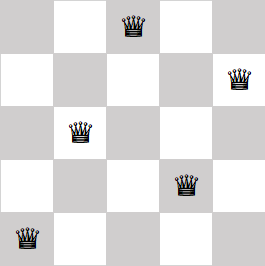 2 thoughts on “Queens on a donut”