This post gives a brief illustration of the theorem. I created a polynomial with roots at 0, i, 2 + i, 3-i, and 1.5+0.5i. The convex hull of these points is the quadrilateral with corners at the first four roots; the fifth root is inside the convex hull of the other roots. 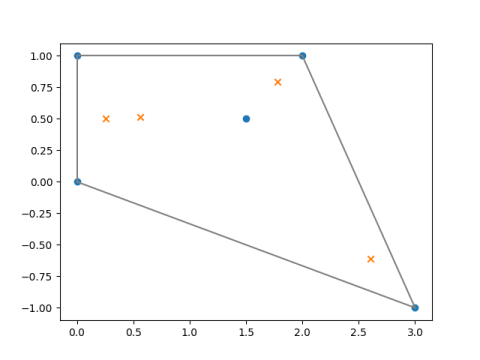 In the special case of cubic polynomials, we can say a lot more about where the roots of the derivative lie. That is the topic of the next post.

One thought on “Convex hull of zeros”