But these statements could have been true [1]. It’s possible to lay a grid on a region and number the squares in the grid in such a way that consecutive numbers correspond to contiguous squares, and nearby numbers correspond to nearby squares. There are geocoding systems that accomplish this using Hilbert curves. For example, Google’s S2 system is based on Hilbert curves.

A Hilbert curve is a curve that winds through a square, coming arbitrarily close to every point in the square. A Hilbert curve is a fractal, defined as the limit of an iterative process. We aren’t concerned with the limit because we only want to carry out a finite number of steps in the construction. But the fact that the limit exists tells us that with enough steps we can get any resolution we want.

To illustrate Hilbert curves and how they could be used to label grids, we will use a Hilbert curve to tour a chessboard. We will number the squares of a chess board so that consecutive numbers correspond to neighboring squares.

This produces the following output.

Here’s Python code to draw lines rather than print numbers.

This produces the following image. 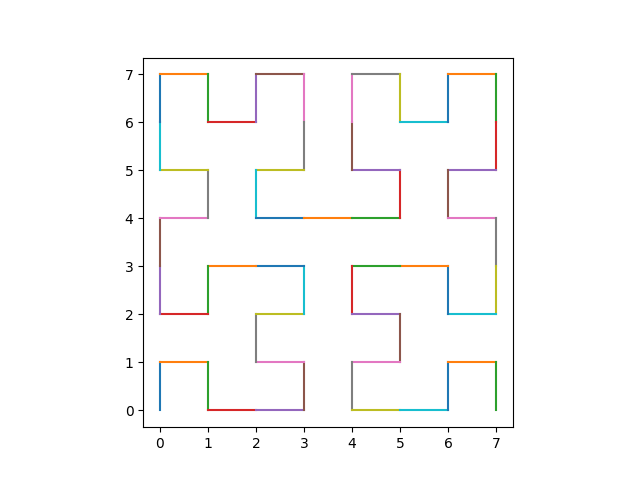 This produces the following plot, matching the numbering above. 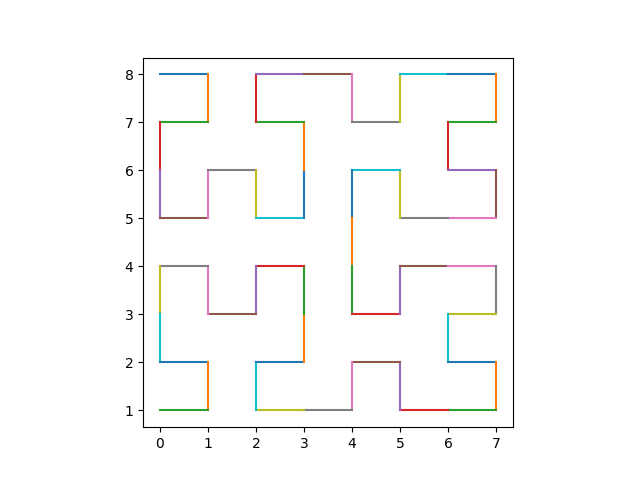 One thought on “Zip codes, geocodes, and Hilbert curves”