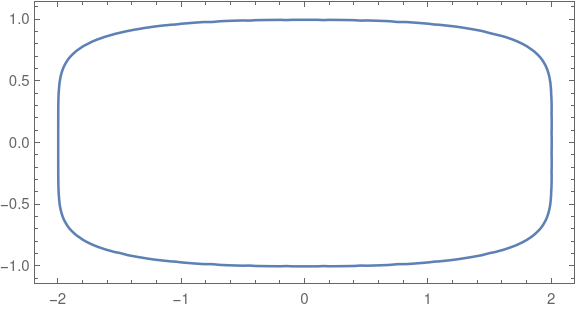 That post mentioned a technical report from NASA that explains why these shapes are important in application, say for beams and bulkheads, and gives an algorithm for finding conformal maps of the unit disk to these shapes. These shapes are also used in graphic design, such as squircle buttons on iPhones.

Conformal maps are important because they can map simple regions to more complicated regions in way that locally preserves angles. NASA might want to solve a partial differential equation on a shape such as the one above, say to calculate the stress in a cross section of a beam, and use conformal mapping to transfer the equation to a disk where the calculations are easier.

The NASA report includes a Fortran program that computes the coefficients for a power series representation of the conformal map. All the even coefficients are zero by reasons of symmetry.

There are interesting patterns in the coefficients that I would not have noticed if I had not had to type the coefficients into a script for the example below. Maybe some day I’ll look more into that.

We start with the following disk with polar coordinate lines drawn. 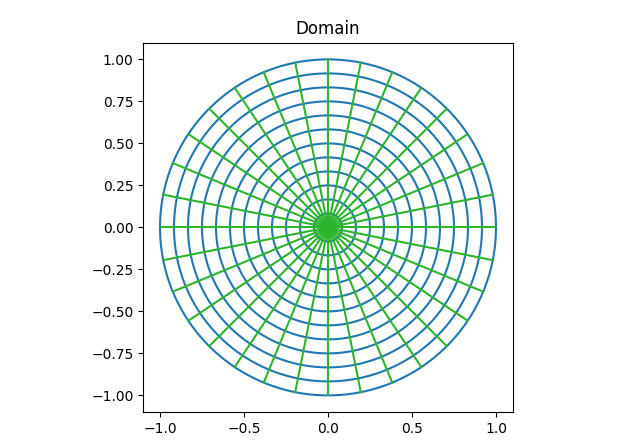 And here is the image of the disk under the conformal map giving by the coefficients in the NASA report. 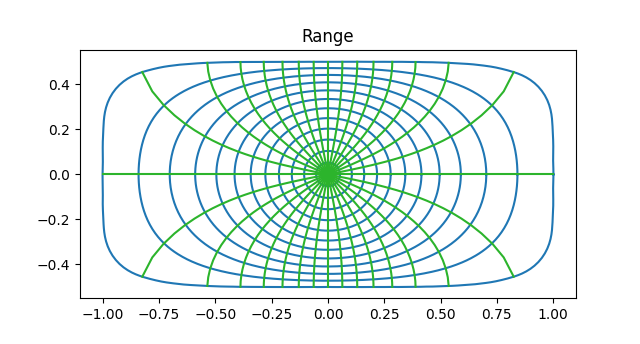 Note that the inner most circles from the domain are mapped into near circles, but as you move outward the circles are distorted more, approaching the shape of the boundary of the range.This is because in the limit, analytic functions map disks to disks. So a tiny circle around the origin will always map to an approximate circle, regardless the target region.

Note also that although the circles and lines of the domain are warped in the range, they warp in such a way that they still intersect at right angles. This is the essence of a conformal map.