I was playing around with DALL-E last night. I pasted the definition of chimera into DALL-E and the results were bizarre. See this Twitter thread for images.

Using the Major system, you can encode 60 as chess or shoes, and 86 as fish. So I thought of a chess board, with a fish wearing shoes standing on it. (Absurd images are easier to remember, and DALL-E excels at making absurd images, though it’s difficult to get it to generate a particular image you may have in mind.)

I was able to generate images of a fish wearing shoes, but when I asked for the fish to be standing on a chess board, it wouldn’t put the shoes on the fish. Here’s the best image I got: 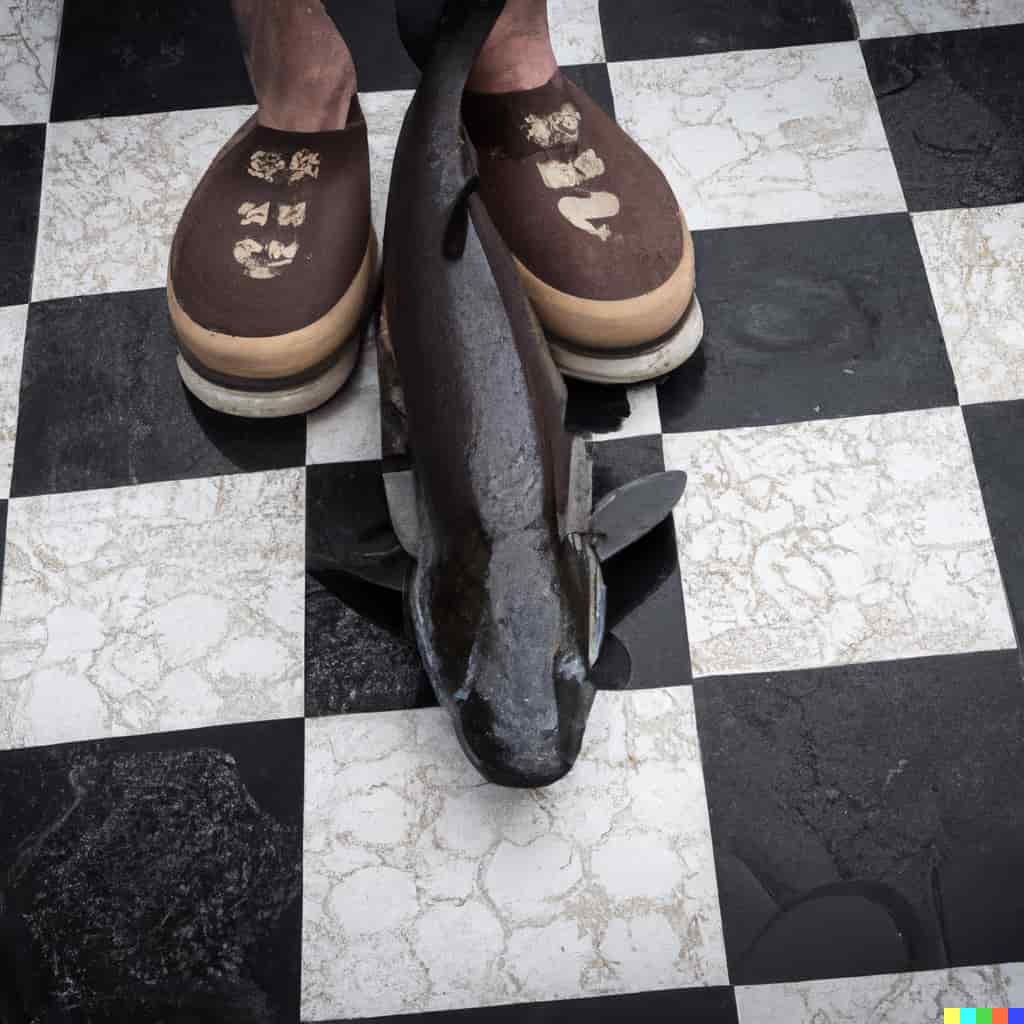 You could make the image much smaller still. I didn’t crop the image because I wanted to show what DALL-E generated, but you could crop it to cut off some of the bottom. You could also edit the image to eliminate the marbling in the squares; solid colored squares would compress much better.