I mentioned the other day that the US military standard MIL-STD-105 for statistical sampling procedures lives on in the ASQ/ANSI standard Z1.4. The Department of Defense cancelled their own standard in 1995 in favor of adopting civilian standards, in particular ASQ/ANSI Z1.4.

For example, the screen shot from MIL-STD-105 that I posted the other day appears verbatim in ASQ/ASNI Z1.4, except with better typesetting. The table even has the same name: “Table II-B Single sampling plans for tightened inspection (Master table).” Since the former is public domain and the latter is copyrighted, I’ll repeat my screenshot of the former. 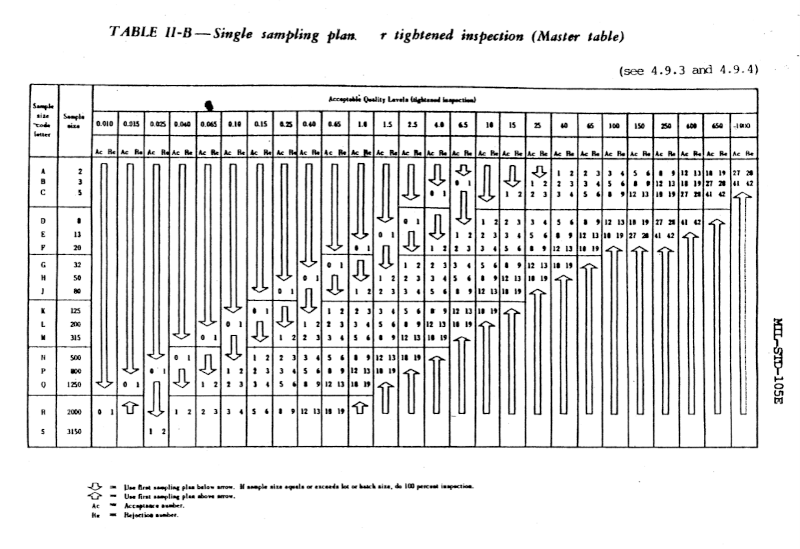 Everything I said about the substance of the military standard applies to the ASNI standard. The two give objective, checklist-friendly statistical sampling plans and acceptance criteria. The biggest strength and biggest weakness of these plans is the lack of nuance. One could create more sophisticated statistical designs that are more powerful, but then you lose the simplicity of a more regimented approach.