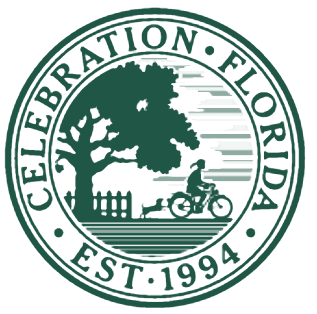 One of the case studies in Michael Beirut’s book How to is the graphic design for the planned community Celebration, Florida. The logo for the town’s golf course is an illustration of the bike shed principle.

C. Northcote Parkinson observed that it is easier for a committee to approve a nuclear power plant than a bicycle shed. Nuclear power plants are complex, and no one on a committee presumes to understand every detail. Committee members must rely on the judgment of others. But everyone understands bicycle sheds. Also, questions such as what color to paint the bike shed don’t have objective answers. And so bike sheds provoke long discussions.

People argue about bike sheds because they understand bike sheds. Beirut said something similar about the Celebration Golf Club logo which features a silhouette of a golfer.

Designing the graphics for Celebration’s public golf club was much harder than designing the town seal. It took me some time to realize why: none of our clients were Schwinn-riding, polytailed girls [as in the town seal], but most of them were enthusiastic golfers. The silhouette on the golf club design was refined endlessly as various executives demonstrated their swings in client meetings.

Radim Řehůřek of Rare Technologies just posted an interview he and I did a few days ago. We mostly talk about consulting: getting started, finding work, good and bad leads, etc.

Interesting passage from Small is Beautiful: Economics as if People Mattered by E. F. Schumacher:

Nature always, so to speak, knows where and when to stop. There is a measure in all natural things—in their size, speed, or violence. As a result, the system of nature, of which man is a part, tends to be self-balancing, self-adjusting, self-cleansing. Not so with technology, or perhaps I should say: not so with man dominated by technology and specialization. Technology recognizes no self-limiting principle …

We speak of natural growth more often than natural limits to growth. Maybe we should consider the latter more often.

Schumacher’s book was written in 1973 and seems to embody some of the hippie romanticism of its day. That does not make its arguments right or wrong, but it shows what some of the author’s influences were.

The book’s back cover has an endorsement describing Schumacher as “eminently practical, sensible, … versant in the subtleties of large-scale business management …” I haven’t read the whole book, only parts here and there, but the romantic overtones stand out more to me, maybe because they contrast more with the contemporary atmosphere. When the book was published, maybe the pragmatic overtones stood out more.

where t is the calendar time to completion, W is a measure of how much work is to be done, and n is the number of people. This assumes everything on the project can be done in parallel. Nobody waits for anybody else.

The next refinement is to take into account the proportion of work that can be done in parallel. Call this p. Then we have

With the equation above, adding people never slows things down. And if p > 0, every addition person helps at least a little bit.

Of course none of this is exact. Project time estimation doesn’t follow any simple formula. Think of these equations more as rough guides or metaphors. It’s certainly true that beyond a certain size, adding more people to a project can slow the project down. Kevlin gave examples of projects that were put back on track by reducing the number of people working on them.

My quibble with the equation above is that I don’t think the cost of more people is primarily communication. Communication paths in a real project are not the simple trees of org charts, but neither are they complete graphs. And if the problem were simply communication, then improved communication would mitigate the cost of adding people to a project, though I imagine it hardly does.

I wrote about a similar theme in the blog post Maybe you only need it because you have it. Here’s the conclusion of that post:

Suppose a useless project adds staff. These staff need to be managed, so they hire a manager. Then they hire people for IT, accounting, marketing, etc. Eventually they have their own building. This building needs security, maintenance, and housekeeping. No one questions the need for the security guard, but the guard would not have been necessary without the original useless project. I’ve been thinking lately about different things I’ve tried that didn’t work out and how grateful I am that they did not.

The first one that comes to mind is my academic career. If I’d been more successful with grants and publications as a postdoc, it would have been harder to decide to leave academia. I’m glad I left when I did.

When I was in high school I was a fairly good musician. At one point decided that if I made the all-state band I would major in music. Thank God I didn’t make it.

I’ve looked back at projects that I hoped to get, and then realized how it’s a good thing that they didn’t come through.

In each of these examples, I’ve been forced to turn away from something I was moderately good at to pursue something that’s a better fit for me.

I wonder what failure I’ll be grateful for next.

One of the themes in David Ogilvy’s memoir Confessions of an Advertising Man is the importance of selecting good clients. For example, he advises “never take associations as clients” because they have “too many masters, too many objectives, too little money.”

He also recommends not taking on clients that are so large that you would lose your independence and financial robustness by taking them on.

I have never wanted to get an account so big that I could not afford to lose it. The day you do that, you commit yourself to living with fear. Frightened agencies lose the courage to give candid advice; once you lose that you become a lackey.

This is what lead me to refuse an invitation to compete for the Edsel account. I wrote to Ford: “Your account would represent one-half of our total billing. This would make it difficult for us to sustain our independence of counsel.” If we had entered the Edsel contest, and if we had won it, Ogilvy, Benson & Bather would have gone down the drain with Edsel.

This sort of thinking was very much on my mind when I was preparing to leave my last job to strike out on my own. As Nassim Taleb discusses in Antifragile, a steady job seems safer than entrepreneurship, but in some ways it’s not. With one big client, i.e. an employer, you are less exposed to small risks but more exposed to big risks. Your income doesn’t vary per month, unless it suddenly drops to zero.

Somewhere in school I got the backward idea that solving math problems is hard but that formulating them is easy. I don’t know if anybody ever said that to me. Maybe it was just implied by years of solving problems someone else had formulated.

A related wrong idea that I also picked up was that formulating math problems was not a mathematician’s responsibility. Someone, probably an engineer, would formulate the problem and hand it over to a mathematician. That happens occasionally, but that’s not how it usually works.

Formulating problems is hard, and it’s usually the applied mathematician’s responsibility, ideally with generous input from a domain area expert.

There are a lot of ways to turn a real world problem into a math problem, and maybe several of them would be adequate for the task at hand. Then you might as well choose the easiest one to understand and compute. Knowing several ways to formulate a problem increases your chances of find one approach that’s tractable. Particularly when you can determine what problem really needs to be solved, not just the problem you first see, you might give yourself more options for how to go about it.

Applied mathematicians don’t need to be an expert in every area of application, and of course cannot be. But they do need to meet clients half way (or more). They need to know something about the problem domain. They need to listen well and need to ask good questions. The questions help the mathematician get going, and they may also give the client something new to think about.

They say that doctors make terrible patients, but in my experience consultants make great consulting clients. The best are confident in their own specialization and respect you in yours. They get going quickly and pay quickly. (I’ve only worked for consultants who have small companies. I imagine large consulting companies are as slow as other companies the same size.)

I started my consulting business three years ago. Since then I’ve gotten to know a few other consultants well. This lets me offer a broader range of services to a client by bringing in other people, and sometimes it helps me find projects.

If you’re a consultant and interested in working together, please send me an email introducing yourself. I’m most interested in meeting consultants who have some overlap with what I do but who also have complementary strengths.

The other day I ran across a line from Peter Thiel saying that if you have a plan for where you’d like to be in ten years, ask yourself if you could get there in six months.

I don’t think he’s simply saying see if you can do everything 20 times faster. If you estimate something will take ten days, it probably will take more than half a day. We’re better at estimating things on the scale of days than on the scale of years.

If you expect to finish a project in ten days, you’re probably going to go about it the way you’ve approached similar projects before. There’s not a lot of time for other options. But there are a lot of ways to go about a decade-long project.

Since Thiel is well known for being skeptical of college education, I imagine one of the things he had in mind was starting a company in six months rather than going to college, getting an entry level job, then leaving to start your company.

As I wrote in an earlier post, some things can’t be done slowly.

Some projects can only be done so slowly. If you send up a rocket at half of escape velocity, it’s not going to take twice as long to get where you want it to go. It’s going to take infinitely longer.

Some projects have to be done quickly if they are going to be done at all. Software projects are usually like this. If a software project is expected to take two years, I bet it’ll take five, if it’s not cancelled before then. You have to deliver software faster than the requirements change. Of course this isn’t unique to software. To be successful, you have to deliver any project before your motivation or your opportunity go away.

I only connect to people on LinkedIn that I know. This almost always means people I have met face-to-face or at least talked to over the phone.

If you’d like to connect on LinkedIn and we haven’t met, please contact me to set up a phone call. I look forward to talking to you.