A pseudosphere looks something like the bell of a trumpet or a trombone.

Here’s a plot of a pseudosphere. 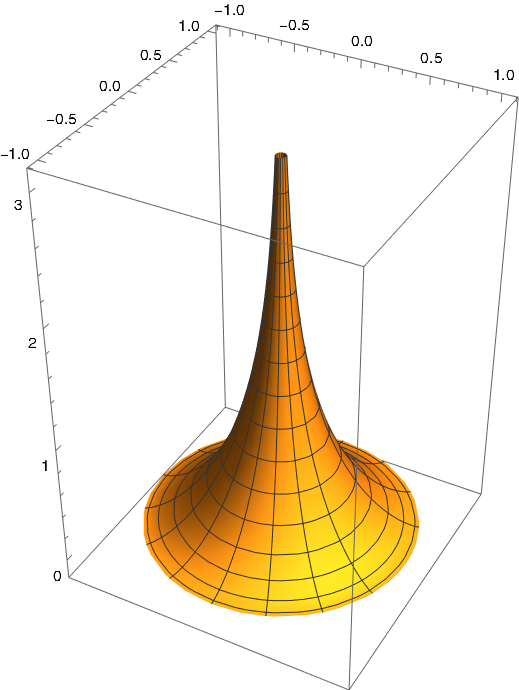 This was created in Mathematica with the code

A spherical triangle is formed by great circles connecting the vertices of the triangles. Great circles are the geodesics on a sphere.

A pseudospherical triangle is a triangle formed by geodesics on the pseudosphere. These are the “straight” lines in the hyperbolic geometry of the surface.

On a sphere, the interior angles of a triangle add up to more than π, and in fact the amount by which the sum of the angles exceeds π is proportional to the area of the triangle.

On a pseudosphere, the interior angles of a triangle add up to less than π. And just as in the case of the sphere, the difference between the sum of the angles and π, now negative, is proportional to the area. This result was discovered by Johann Heinrich Lambert (1728–1777).

The general principle behind both of these cases is the local Gauss-Bonnet theorem. For any surface, let T be triangle whose sides are geodesics. Then the integral of the Gaussian curvature over T is equal to the sum of the interior angles of T minus π.