The previous post looked at what the sine function does to circles in the complex plane. This post will look at what it does to an rectangle.

The image of horizontal lines

is a set of concentric ellipses. 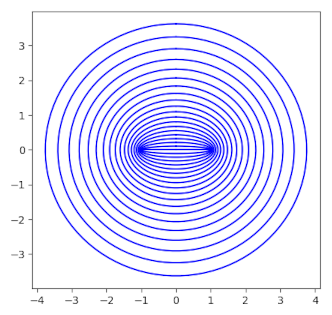 If we add vertical lines to the rectangle

the results are a little puzzling. 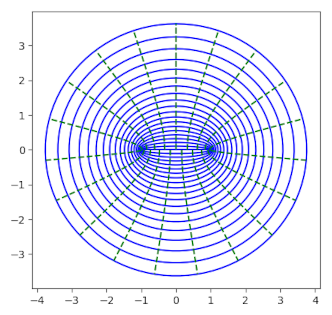 The images of the dashed green vertical lines seem broken in the ellipse. Their images above the real axis don’t line up with their images below the real axis. This isn’t easy to see on the edges, but you can see it in the middle. There are 20 green lines in the preimage but 19 in the image. That’s because sine maps both vertical edges of the rectangle to the same line segment in the image.

Now notice the split in the image; 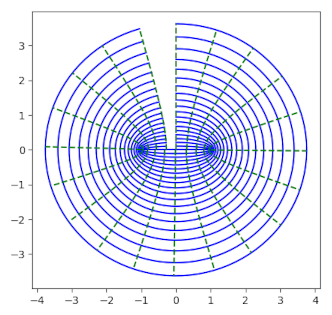 So how would you map the interior of a rectangle to the interior of an ellipse with no slits? For the special case of a square, you could compose the maps from two previous posts: map the square to a disk, then map the disk to an ellipse.