Johannes Kepler thought that planetary orbits were ellipses. Giovanni Cassini thought they were ovals. Kepler was right, but Cassini wasn’t far off.

In everyday speech, people use the words ellipse and oval interchangeably. But in mathematics these terms are distinct. There is one definition of an ellipse, and several definitions of an oval. To be precise, you have to say what kind of oval you have in mind, and in the context of this post by oval I will always mean a Cassini oval.

In [1] the authors argue that just as planetary orbits are nearly circles, they’re also nearly ovals. This post will look at how far the earth’s orbit is from a circle and from an oval.

We need a way to specify which oval we want to compare to the ellipse of earth’s orbit. We’ll do this by equating the major and minor semi-axes of the two curves. These are usually denoted a and b, but the same variables have a different meaning in the context of ovals, so I’ll denote them by M for major and m for minor.

The equation of an ellipse is

and the equation of an oval is

Setting x = 0 in the equation of an oval tells us

If you plot Kepler’s ellipse and Cassini’s oval for earth’s orbit at the same time, you can’t see the difference.

Planet orbits are nearly circular. If we compare a circle of radius 1 AU with Kepler’s ellipse we get a maximum error of about 1 part in 10,000. 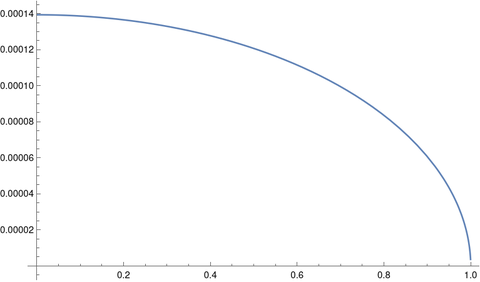 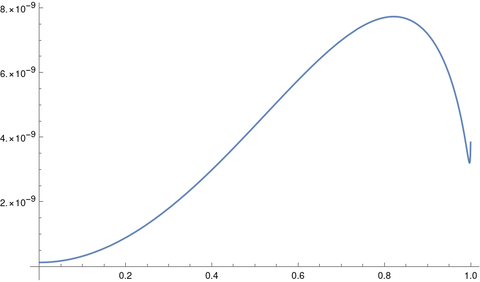 In short, a circle is a good approximation to earth’s orbit, but a Cassini oval is four orders of magnitude better.

It would be difficult to empirically distinguish an ellipse from an oval as the shape of earth’s orbit, but theory is clearly on Kepler’s side since his ellipses fall out of Newton’s laws. Cassini’s error was more qualitative than quantitative.