Let f(z) be the average of z and its reciprocal:

This function is symmetric in that it sends z and 1/z to the same value.

Now apply f to circles in the complex plane, varying the center and the radius. Here are some examples of what the image of circles are. 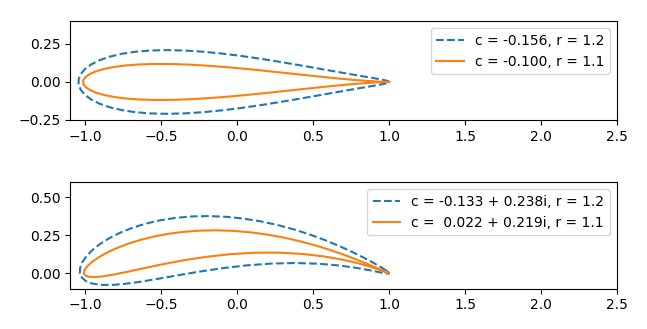 The reason the symmetric function f applied to a symmetric shape can give a non-symmetric shape is that the word “symmetric” is being used in different senses. Still, it is surprising to see a complicated shape pop out of a simple function applied to a simple shape. Also, although the circle is perfectly smooth, the image of the circle has a sharp cusp. This is because the circles include or approach the singularity of f at 0.

The function f doesn’t map every circle to an airfoil-like shape, though of course aerospace engineers are most interested in the case where you do. Also, in the examples above the trailing edge of the airfoil comes to a cusp. This is not always the case; you can adjust the circle so that you have a more rounded trailing edge. The following plot illustrates both these possibilities. 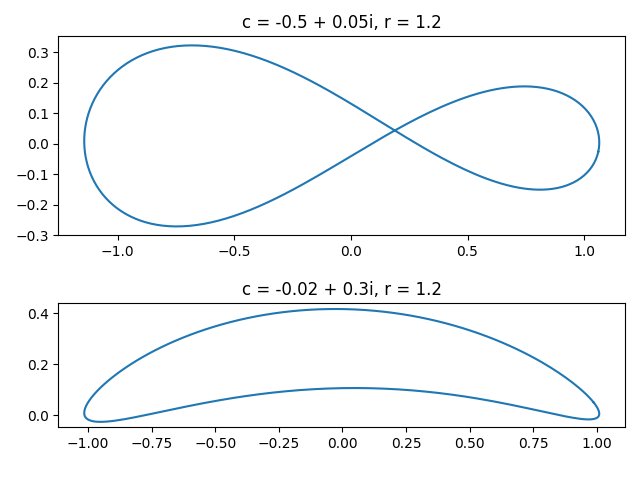