Ever since I posted a photo of an odd wine bottle four years ago, I’ve periodically had people leave comments or send me email about odd wine bottles!

Here’s the latest, an Italian wine bottle shaped like a riffle:

Here’s a close-up of the cap. If you know anything about this bottle of wine or what it might be worth, let me know and I’ll pass the info on to the fellow who sent me the photos.

To see a world in a grain of sand,
And a heaven in a wild flower,
Hold infinity in the palm of your hand,
And eternity in an hour.

At your next holiday party, look straight down into your glass of wine and tilt the glass one degree. You will see the elliptic orbit of the earth.

(I’ve taken the liberty of editing the original tweets to take advantage of the extra breathing room outside of Twitter. Original tweets here and here.)

I like this for two reasons: it’s a great astronomy illustration, and it’s an example of how much information you can get into two 140-character messages. Other wine posts: the politics, science, and math of wine.

I’ve heard two podcasts that contradict each other somewhat as far as what it is in red wine that’s good for you.

According to this Scientific American interview with Charles Bamforth it’s really the alcohol in wine that’s good for your arteries and so you might as well drink beer, and that in fact beer has some health advantages over red wine. Bamforth is the Anheuser-Busch Endowed Professor of Brewing Science at U.C. Davis. (Hmm …)

But according to the November 30, 2006 podcast from Nature, the procyanidins in red wine are particularly good for your arteries. While there may be health benefits from alcohol in general, red wine has unique benefits, especially red wines from certain regions.

Red wine contains the anti-oxidant resveratrol which has received a lot of press. Another Nature podcast (November 2, 2006) reports research that indicates resveratrol has increased life spans in experiments with yeast, flies, worms, and mice, and there is reason to believe it might do the same in humans. However, the amount of resveratrol in red wine is insignificant: you’d have to drink hundreds of gallons of wine a day to get a beneficial dose of resveratrol.

Unlike resveratrol, there are enough procyanidins in a glass of red wine to make a difference. This has been tested by extracting the procyanidins and testing it on cultured endothelial cells. Also, people live longer in the regions that produce wines especially high in procyanidins, namely Sardinia and southwestern France. Here’s the Nature article reporting the research.

It seems that it may not be the soil in certain areas but rather the wine making traditions that increase the procyanidin levels. Vintners in these areas leave the crushed grape seeds in with the juice longer.

Yesterday I ran across an interview with Tyler Colman, a.k.a. Dr. Vino. He discussed his book Wine Politics, subtitled How Governments, Environmentalists and Mobsters Influence the Wines We Drink. The book grew out of Colman’s PhD thesis in political economy.

It’s easier to ship a bottle of wine from Bordeaux to Berlin than it is from Napa to Nashville.

I was surprised how difficult it can be to ship wine within the US. On the other hand, the US places practically no restrictions on how wine is produced. In Europe, especially in France, wine production is incredibly regulated.

When I was in Bordeaux a couple years ago I had a chance to meet a vintner who produces a “garage wine.” He explained that, for example, government regulations only allow you to make wine from grapes grown on your own property; you cannot swap a bushel of grapes with a neighboring vineyard. He complained that restrictions on irrigation make it hard to compete with foreign wineries that do not face such restrictions. 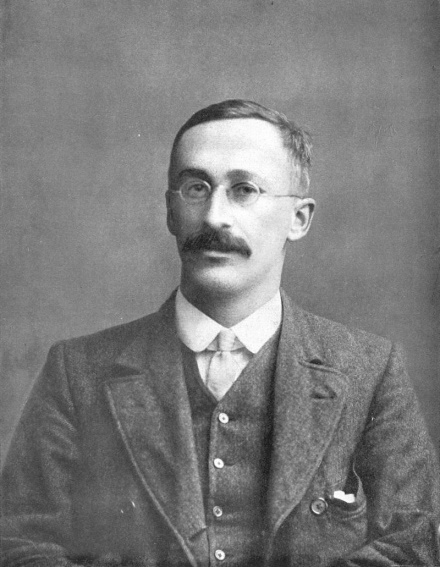 William Gosset discovered the t-distribution while working for the Guinness brewing company. Because his employer prevented employees from publishing papers, Gosset published his research under the pseudonym Student. That’s why his distribution is often called Student’s t-distribution.